Thanks for your uplifting, informative and funny posts. I get up in the morning, & look at your "Facebook" pg., and read it with my coffee. I have a question for you. Do you believe that women can be sexual and taken seriously? I'm asking for a few reasons, because, when I went to law school, I felt the need to wear "drab" or dark "serious" colors, to be taken seriously. While that was okay, I also missed putting a dress on, once in awhile, and felt that I had "shut down" areas of my sexuality or femininity. I felt like I sacrificed them for intelligence. Now, I'm looking to find a balance in my life. I enjoy being feminine, and also a partner in a major law firm. I don't know if Chinese medicine has an answer for this, but I did notice, when I didn't give attention to my sexuality or my "feminine side," that I started to experience OB/GYN symptoms. Its like my body was telling me I was denying that part of myself. Is that weird? What do you think about it? Is there a connection between female health issues, and a woman "shutting down" parts of herself to play in "a man's world." I like that you do rough sports, but you also seem very feminine. 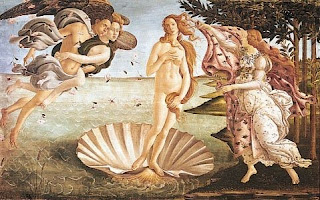 The Goddess Aphrodite or Venus, The Goddess of Love, Sexuality & Beauty

First and foremost, I'm honored that you asked my opinion on such an interesting subject.  The question of women embodying intelligence, sexuality and strength has been long debated for thousands of years.  Some cultures are more comfortable, with one or more of those aspects of femininity, than others.  I do believe that cosmology, philosophy and ethos play an integral part in how any one person could respond.

Throughout history (and let us examine the word "HIStory") women's sexuality has been to blame for the demise of kingdoms, the cause of famine, and the Biblical fall.  The very word "Sexuality" is a scary word to many.  The beauty of woman has inspired poetry, music, film, art and architecture.  It cannot be contained.  It is illogical.  It cannot be put into graphs, charts or neatly filed away.  Its wild, free, bold, soft, gentle, strong, and holds qualities of both water and fire.  It has been veiled (literally), and exploited.  Either way you cut it, its a thing that can incite passion, and this, I believe we are afraid of.

Early cultures, and some polytheistic societies, were/are comfortable with feminine archetypes.  The theology behind their cultural outlook on women acknowledged there was a yin to the yang.  A feminine nature that governed laws of our world.  The Native Americans called the Earth "Mother."  The Greeks had many faces that described the feminine...and not just the sweet, "Mother Mary" aspect.  They understood the nature of womanhood was multi-faceted, not to be contained, and ever changing.  From the sexual Goddess Aphrodite to the benevolent mother Hera to the fierce Goddess Medusa.  They simply accepted and acknowledged the different faces of the feminine, without judgement of any of them.  They simply were. 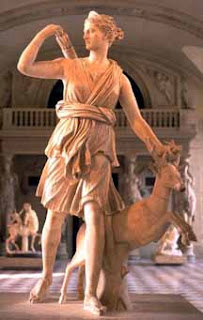 The Goddess Artemis, Goddess of the Hunt, the Forest & Animals

Patriarchal traditions are neither good or bad, but they are incomplete.  They leave little room for young girls to understand their place in the cosmos.  There is no face of the Divine Feminine.  If you were dealt the hand of being raised Catholic, you got a "get out of jail free" card by adoring Mary.  Mary, however, is only one face of femininity.  True, she is benign, compassionate, kind.  And yes, these qualities are important to embody, but do you feel benign, compassionate and kind everyday?  Probably not.  Its unrealistic for anyone, and it sets a standard that is impossible to attain.  Does that mean you shouldn't strive for it?  Absolutely not.  We all should.  Everyday.  But, its important to not judge or suppress the other sides of your femininity as well.

I often joke about embodying the comic book character, "Catwoman."  I like her, because she is good with who she is.  She doesn't judge herself for it.  Some days she helps Batman.  On occasion, she'll cavort with the "Penguin" or "Joker."  She is good with her "dark" and her "light" side.  She makes no apologies.  She is who she is.  When you can step away from judging yourself for your various, interesting aspects, and begin to embrace every one of them, you become more of who you truly are.  Catwoman is strong.  Catwoman is intelligent.  Catwoman is sexual.  Catwoman is good with all sides of herself. 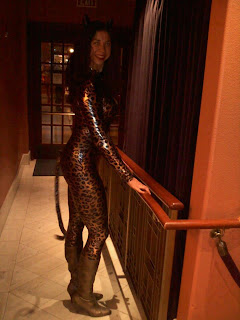 I think young girls of the "Disney" era (which is still in effect) are primarily fed "the Good Witch" and "Bad Witch" persona.  In other words, "Disney" asks them to choose which one they're going to be, and to think the other is "bad."  Inevitably, the "Bad Witch" gets...well, the "bad" wrap.  Its an emotional conundrum that can never be resolved.  Everyone has both sides within them.  The less you judge any side of yourself, the more you can embody all of the various archetypes within you.  And they do exist within you.  Carl Jung was a master of deciphering these roles within his patients, and utilizing them for the betterment of everyone he worked with.

The problem is a society that is uncomfortable with these qualities:  the dark, sexuality, powerful women who have a voice, women who stand up to injustice, etc.  Those qualities are indeed great catalysts of change. Change can be scary, and chaotic. We are frightened of it.

Regarding can a woman be strong, sexual and intelligent?  Well, I sure love to "Olympic Lift," I love lipstick, tight clothing, heels, animal-print and a *fun* running skirt.  I also graduated with a 3.89 GPA, B.A. in Medical Anthropology (with honors), and hold a 4-yr. clinical Master's degree.  Do I apologize for any of those aspects of myself?  Absolutely not.  I relish in them, and am very proud of what I've accomplished.  It was a lot of hard work, and being a female self-employed business owner, and athlete, continues to be.  Its work I enjoy very much.  :) 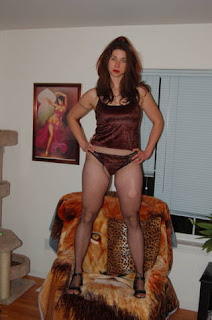 Hamstrings and Quads built by "CrossFit," climbing, cycling/running hills, laps in the pool & yoga
They're super strong...and I love all the things they do for me.  Nope, I'm not apologizing either. :)

I think, as women, we're taught to apologize for it all:  being sexual, having sexual needs, being "too pretty," "not pretty enough," "too smart for her own good," an "airhead."  We can't win for losing.  Either we're too smart and "scare the boys away," or we're a "dumb bimbo."  Either way, you'll never please everyone, so I suggest we stop trying.  A remarkable thing happens when you stop trying.  You find your voice.  At first, it can be scary to use, but, like anything it takes practice.  Practice then becomes habit.  Habit then becomes a vehicle for change, and a way to inspire others. 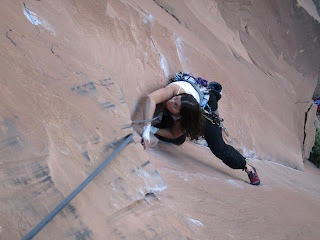 My passion has always been to empower young girls, adolescent teens and women to find their voice.  Does this mean that they're "anti-men?"  Not even close.  It means that they can stand up for the whole community, and that includes men.  Women are powerful agents of change, but in order to bring about change, we must find our voices.  This can take a long time.  Especially, if a woman has believed the stories about herself that she's "too this" or "not enough this."  Somehow, we must let go of those stories.

My clinical specialties are sports medicine/acupuncture orthopedics and G.I. tract disorders.  Those are two things I do really well.  Does that mean I haven't seen a correlation (over 8 years of practice) between women's beliefs about themselves and the health ramifications of those beliefs?  I have seen it.  I will say this:  there is no hard and fast evidence to support what I'm going to say, but a vast majority of women who have come to me with OB/GYN disorders have either experienced a lack of respectful touch, and/or have been violated sexually.  In Chinese medicine, we would explain this with the diagnosis of "Qi & Blood Stagnation in the Uterus or 'Chong Meridian'."  A lack of movement, sexually speaking, is unhealthy for a woman.  We kind of ignore the clinical statistics on how positive an orgasm is on a woman's health, because frankly, as a society, we really aren't comfortable with talking about those things.  In comparison, cultures such as Brazil, Italy, France, Spain, etc. are known as "Romance Countries," and are quiet comfortable.  They don't judge their sexual desires.  They create music, art and poetry about them.  They sculpt statues and create feats of architecture dedicated to them.

There are some very intelligent women, who are also sexual and/or strong out there.  "Academy" and "Golden Globe" winner, Natalie Portman, is also a Harvard alumni.  The only woman to earn two acting "Golden Globe" awards in one year, Sigourney Weaver, graduated from both Stanford and Yale.  Another one of my favorite examples of sexual, strong and intelligent? (she's kind of one of my heroes)  Dr. Mireya Mayor, PhD.  Once a former Miami Dolphins NFL cheerleader, turned "Fulbright Scholar," turned field biologist.  She is now a "National Geographic" researcher, and the current star of "Nat Geo WILD’s: Wild Nights."  She discovered a new species of lemur in the jungles of Madagascar...yes, in *PiNk* hiking boots.  :)  She's smart, she's beautiful, she's athletic.  She's comfortable with all of those things about herself.  Check out the great "National Geographic" video "Pink Boots and a Machete."  Its one of my favs.  :) 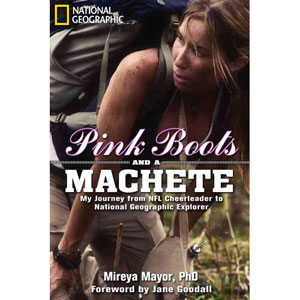 The fun part about being a woman is that we really do get to do it all.  Embrace everything about yourself.  Play out all aspects of yourself like characters on a stage...and *Enjoy* it.  Its such a treat to be able to wear a dress (or not), wear make-up (just because its fun sometimes, and we can)...or not. Relish in your unique beauty, your intelligence, your strength...all your skills.  You then give other women the courage to do the same.

In The Spirit of Wild WomanHood,
Almine

She Walks in Beauty

She walks in beauty, like the night
Of cloudless climes and starry skies;
And all that's best of dark and bright
Meet in her aspect and her eyes:
Thus mellow'd to that tender light
Which heaven to gaudy day denies.

One shade the more, one ray the less,
Had half impaired the nameless grace
Which waves in every raven tress,
Or softly lightens o'er her face;
Where thoughts serenely sweet express
How pure, how dear their dwelling-place.

And on that cheek, and o'er that brow,
So soft, so calm, yet eloquent,
The smiles that win, the tints that glow,
But tell of days in goodness spent,
A mind at peace with all below,
A heart whose love is innocent! 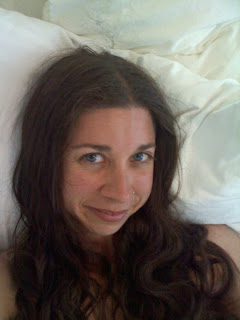 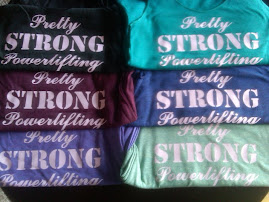 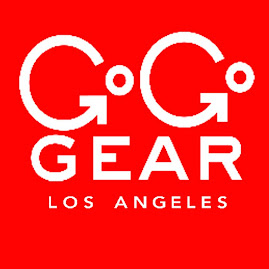 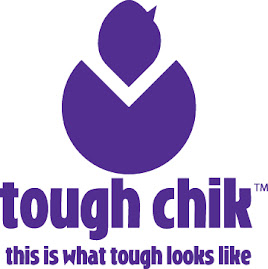